Misfit is a brand known for its activity trackers. While the company has launched smartwatches like the Misfit Shine and Phase, they have used the traditional analog dial similar to the Timex Metropolitan+ (review). However, with the Misfit Vapor the company is no longer content with just just testing the waters and has gone all in. The Vapor sports a touch screen display and runs Android Wear 2.0. It is also priced at Rs 14,000, which is pretty much on par with some other Android Wear devices like the Fossil Q Founder. But is it worth your cash? Let’s find out.

The Misfit Vapor sports a very minimalist design. From the side, the body of the watch looks like a disk with just one button. On top is a round display that looks a lot like the Moto 360, sans the flat tire design. At the bottom is the optical heart rate tracker along with the connectors for the charging pins. The one that I got for review featured black silicone straps with a traditional buckle to hold it in place, but you also have options of different colours. 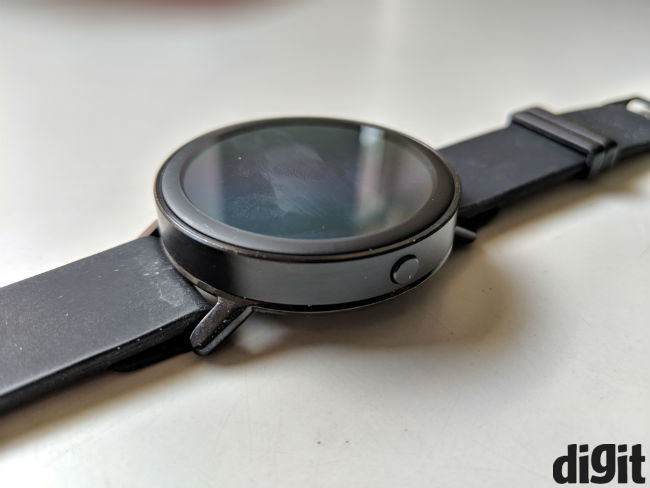 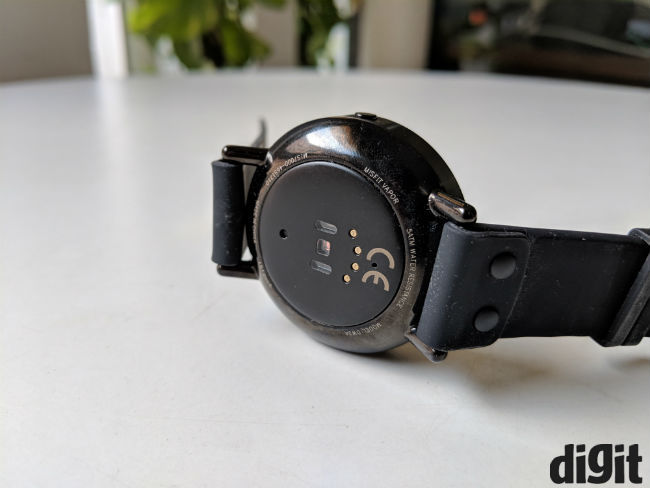 Design, especially that of an accessory like a watch, is always subjective. I personally like subtle designs and as such, liked the way the watch looks. It doesn’t scream for attention like many other watches in the market. I guess it’s minimalist looks just appealed to me, but I also understand that this might to be to everyone’s taste.

The build of the watch is pretty good and the whole thing felt quite solid. It also has a decent bit of heft at 60 grams. Misfit also claims that the watch can be taken for swim. While i wasn’t able to test out that claim, I did put the watch under running water and it performed fine.

Coming to the straps, the use of a traditional buckle means that users won’t have to worry about removing lugs to get it to fit their wrist. The soft Silicone strap felt nice on my wrist. However, straps have a tendency to gather dust and look a little grimy as a result. Thankfully, the fact that you can wash the watch helps keep it clean. You can also swap the buckle on the strap via a little latch. 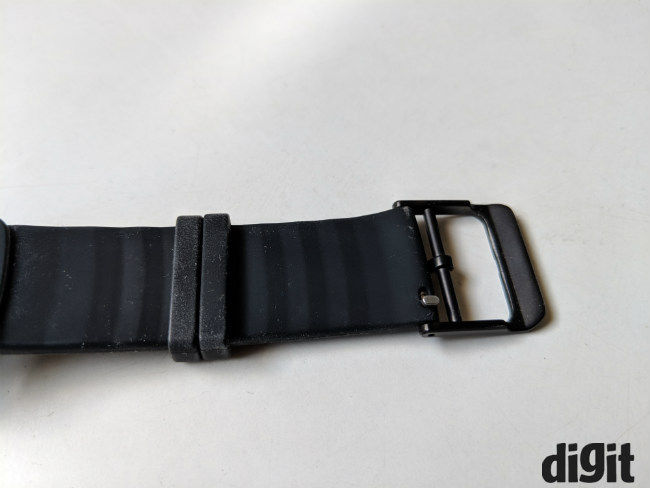 This little latch was more annoying that it should have been. It is located right at the base of the buckle itself and sticks out a little bit. As a result, it dug into my wrist when I strapped it snuggly, and had to be loosened a bit. But then the watch would move about around my wrist, making it seem ungainly.

The watch sports a 1.3-inch AMOLED display, which is pretty crisp and vibrant. Sunlight visibility is also pretty good. The ‘Always on’ display feature makes more sense on the AMOLED screen as it doesn’t use as much battery as a LCD panel. As for the glass screen, I noticed a few tiny scratches on the display, which surprised me as I thought I took good care of the watch. 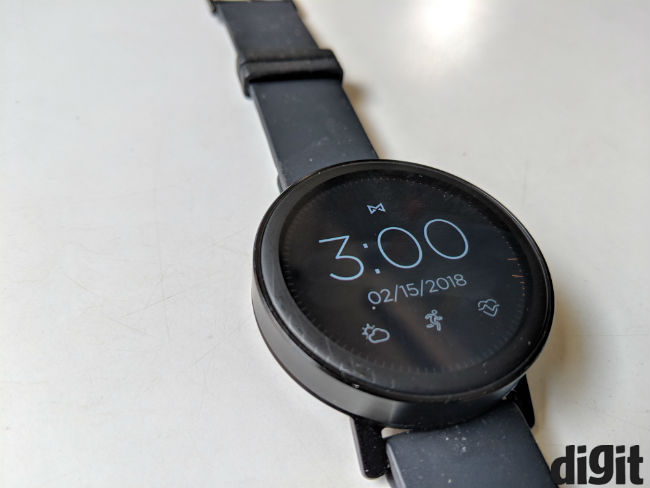 The watch comes with Android Wear with Android Oreo underneath. This means that you can access the Play Store and install apps directly from the watch. Using the OS takes a little while to get used to. Swiping down gives you access to the quick action toggles, while swiping up shows you the notifications. The physical button on the device takes you back to the home screen and lets you access the app menu. To go back, you swipe to the right. Users can scroll by swiping, and the fact that you can scroll by rotating your finger around the display edges is a pretty nifty feature.

For the most part, the smartwatch is reasonably fast, although there is a lag during animations. One of my colleagues did encounter a very strange bug in which the watch was being charged, but the battery charging animation didn’t reflect that. However, a restart seemed to have fixed that problem.

Since this is a smartwatch by Misfit, it was bound to have a a few fitness centric features thrown in it. While the watch does support Google Fit, it also pairs with the company’s own app. The watch is capable of tracking runs or laps when swimming, and measuring the heart rate. The smartwatch also comes with its own GPS, which helps improve accuracy. Tracking can be started by selecting the Misfit Activity app in the watch.

While the watch needs to paired with the Android Wear app to work, pairing with the Misfit app lets users access the fitness aspect of the watch. From the app, users are able to keep a track of their activities and the ‘points’ they have accumulated. These points give you a rough estimate of how much activity you indulged in during the course of the day. Obviously, the more, the better.

The optical heart rate tracker was pretty accurate at measuring my heart rate. However, the tracking of my walks wasn’t as accurate. Another problem I had was the fact that I am not that much of a runner and I usually just do exercises. However, the app was unable to track that properly. It should be noted that the similarly priced Samsung Gear Fit2 Pro (review) manages to do that and can even track exercises automatically, which is a point in favour of Samsung. However, I feel the Great Fit2 Pro is an activity tracker first, with additional smartwatch features. In case of the Misfit Vapor, the opposite seems more true.

Misfit claims that the Vapor can offer an all day battery life, which is true only if you avoid using the fitness tracking capabilities of the watch. I just about managed to get through my day which starts at 8AM and goes on till 10PM. If you use the activity tracking feature, the watch drains its batteries quite fast. However, the charging cradle that comes with the watch does a pretty good job of charging the device quite fast.

Speaking of the charging cradle, I thought that the magnet on the cradle wasn’t strong enough. It may seem like nitpicking, but the watch on the cradle always felt a little unsteady. 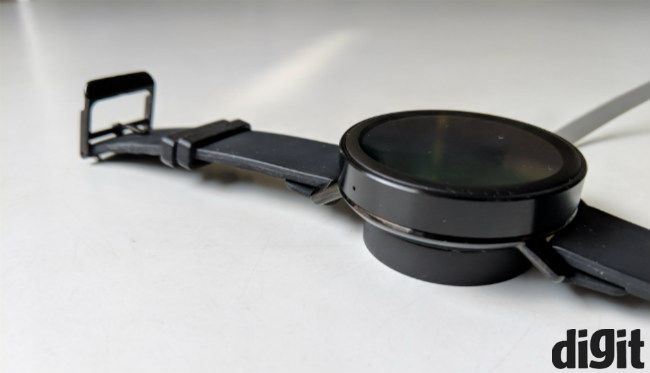 For its price, the Misfit Vapor is a pretty good Android Wear smartwatch. It’s good looking and comes with a bunch of apps and features for you to play around with. If you’re priority isn’t a smartwatch and you can live with the day’s worth of battery, you can pick this one up. However, if you are looking for a more activity focused wearable in this range, you’re better off with the Samsung Gear Fit2 Pro.