Back in November this year, Xiaomi launched its first smartwatch called the Mi Watch. Now, the Chinese company has unveiled a new wearable called the Watch Color. Much of the details of the device are not yet known, but that information will be revealed on January 3.

Based on the teasers Xiaomi shared on its Weibo page, the Watch Color will have a circular colour display. The Mi Watch that the company launched last month had a rectangular display. The device is also tipped to be available with a bunch of colourful straps, and users have the choice to interchange between them as and when they wish. The company also noted in its post on Weibo that users have 1540 kinds of combinations. 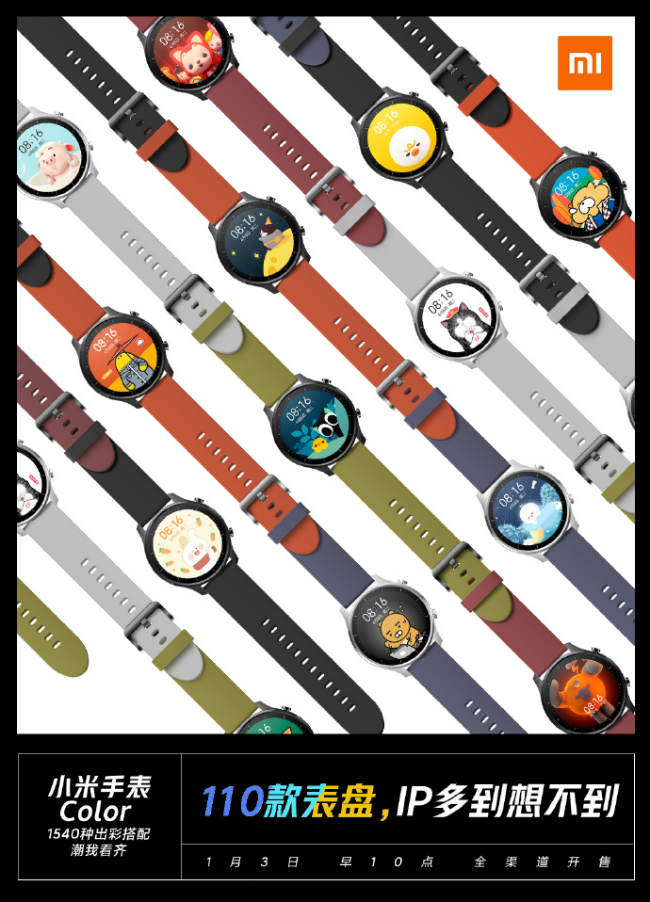 While features of the Watch Color are not yet known, we can get a pretty good idea of what it might offer by looking at the features of the recently launched Mi Watch. The wearable was launched last month and features a number of notable features such as calling, internet access, sleep monitoring, NFC, lengthy battery life and more.

It should be noted that while the Mi Watch was the first smartwatch by the company, it isn’t its first wearable. The company has been launched a range of fitness trackers under the Mi Band moniker and the latest one in the series is the Mi Band 4. The device was launched in India a few months ago and features an AMOLED display, which is a first for the series. Other features of the device include a heart rate monitor, water proof build, and more. The wearable is able to track multiple activities including swimming. The Mi Band 4 is currently available for Rs 2,299.