You asked for it. You’re getting it.

The official Twitter handle of OnePlus posted a tweet hinting at the launch of the company’s first smartwatch. Over on the OnePlus Forums, fans have been asked to “Watch this space for something new” in a post that teases the design of the upcoming smartwatch. 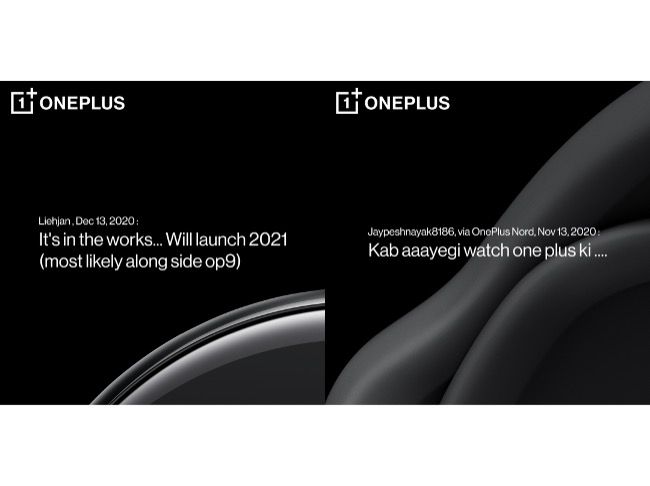 “We’re excited to bring you an exclusive Community announcement… it’s time for something new. This fresh addition to the OnePlus family is healthy, punctual and even takes care of you while you sleep,” reads the post on the forum. This all but confirms the launch of the OnePlus Watch in the coming weeks and what better an opportunity to expand into a new category while announcing the latest crop of its flagship smartphones.

OnePlus Watch has been rumoured for quite some time now and recently it got certified by the BIS in India. Moreover, the schematic design of the OnePlus Watch has also previously leaked giving us a glimpse of how the smart wearable may look like.

Having said that, the most credible piece of information comes from CEO Pete Lau himself who has earlier given us a tease of the first smartwatch they are making. OnePlus first started working on a smartwatch back in 2015 but soon abandoned its plans in order to focus on its existing offers. However, Pete has revealed that they are working with Google to improve WearOS connectivity and features in an attempt to improve the value of a smartwatch.

OnePlus Watch has been tipped to feature a circular dial design as hinted by the sketch in the teaser. It is also expected to offer features like SpO2 monitor, heart rate sensor, health companion, sleep tracking, exercise modes and more that debuted with the OnePlus Band (review), earlier this year.