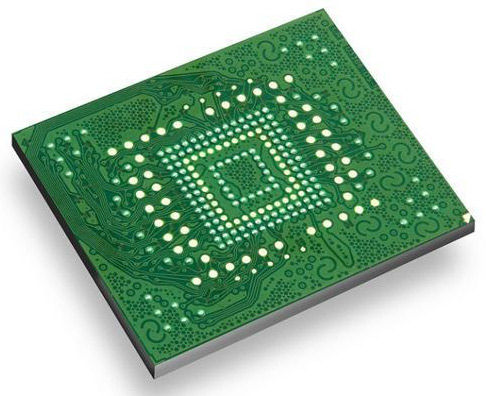 SanDisk has publically announced a first-of-its-kind solid state drive that offers higher capacities and performance (160MB/sec sequential read and 100MB/sec sequential write speeds) than current solutions, all in a much smaller amount of space, as small as a postage stamp.

Called the iSSD drive, it is the first solid state drive to use a SATA interface in a small ball grid array package, and can be soldered onto any motherboard, and, is ideal for mobile platforms, such as netbooks, tablets, and phones. Power consumption figures are not known yet though.

A spokesman from SanDisk commented on the release of the new generation solid state drives: “The new category of embedded SSDs should enable OEMs to produce tablets and notebooks with an unprecedented combination of thin, lightweight form factors and fast performance.”

As of now, the new iSSD drives have been sent for sampling to OEMs, who are considering its applications. The weighing less than one gram and featuring no moving parts, the iSSD drive measures just 16x20x1.85mm, and is available in many capacities, ranging from 4GB to 64GB as of now.

If it reveals a power-sipping nature, the first generation of iSSD drives will definitely be incorporated into numerous mobile devices soon, and, we can hopefully expect higher capacity drives to come soon, for notebooks and desktops.