Batman has always been one of the most popular superheroes in modern media. Along with Superman and Wonder Woman, DC have always leaned in on the fact that Batman is truly a man among gods. This is why the character’s appeal has lasted for such a long time. There has been a myriad of stories about Batman, some good and some not so good. But the ones that stand out really push the character to new places and are sometimes even included in the official canon of the character. One of the books that really shaped the modern myth of the Batman was Jeph Loeb and Tim Sale’s The Long Halloween. The 13 issue maxi-series was launched in 1996 and went on to become one of the best-selling books on the DC roster. Fast-forward 25 years and we now have a slick animated retelling of the legendary comic book. With such a complex and layered story, WB Animation made the right choice to break the film up into two parts. Today, we’ll be taking a deeper look at The Long Halloween, Part One to see if it stands up against the plethora of animated shows and films from the DC library.

First things first, the animation is incredible. The art direction is a mish-mash of modern architecture and technology with the aesthetics of the OG Animated Series from back in the day. They even tried to incorporate bits of artist Tim Sale’s style into the animation. And you know what? It works incredibly well. The animation is fluid and has these thick lines that really accentuate the old-school art-deco style that the Animated Series was known for. And, if you’ve ever read the comic, you will start to see similarities between the artwork and the animation. Even the character designs have been updated to feel a little more contemporary while still retaining that dangerous and rough edge. Catwoman’s got her old costume back and even the Joker looks excellent, although I’ve just about had enough of Troy Baker’s voice. The real standout though is Jensen Ackles as the voice of Batman. Not once did I detect an actor behind the cowl but it really felt like Batman himself. Dare I say, it rivals even the magnificent Kevin Conroy? Another standout character from the comics was Calendar Man and his portray here is as chilling and creepy as it is on the printed page. As always, with DC animated feature films, the voice acting is spot on and it’s a real treat to see excellent actors completely take over the characters they’re playing. 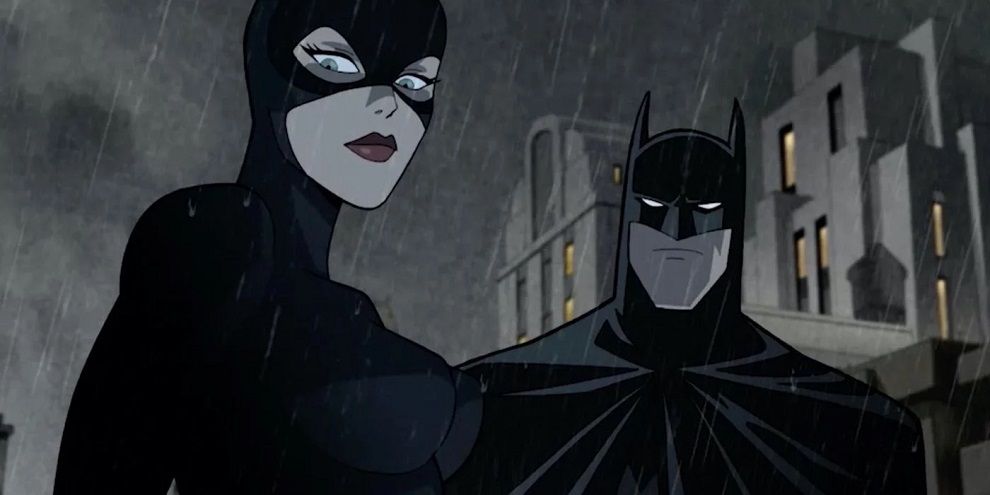 The story follows the comic book relatively closely but deviates in a few key areas that make for better pacing for an hour and a half feature. Someone is whacking criminals in Gotham and it isn’t crime boss Carmine Falcone. Stranger still, these killings seem to take place on major holidays. The killings are not gruesome or nasty but are cold, calculated and workman-like. Naturally, this causes a lot of tension in the underworld and it’s upto Batman, Commissioner Gordon and District Attorney Harvey Dent to stop the senseless killings before Gotham descends into chaos. To reveal any more would be veering into spoiler territory. But, remember that this is just Part One and the story will pick up in the second film, slated for release on July 23. Look, if you’re a superhero fan, you’re already going to be watching this. But for the uninitiated, do take an hour and a half off and check out The Long Halloween. It’s a dark, noirish tale of murder, betrayal and deception that really captures the sinking ship that is Gotham city. The action sequences are incredibly well animated with a huge manga influence in the hand-to-hand combat. All in all, The Long Haloween isn’t just a good Batman animated film, it’s a great representation of what DC Comics are actually capable of, if they take the time to pull their heads out of their ‘you know what’. As a life-long DC fanboy, The Long Halloween is modern DC animation at its best and you could do a lot worse than checking out Batman hunt down a killer while kicking a lot of ass along the way.