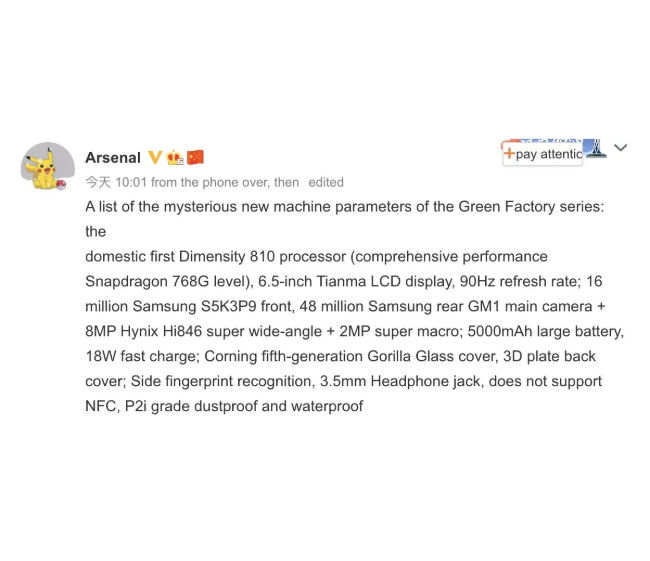 The Oppo MediaTek smartphone features a Dimensity 810 SoC, 6.5-inch LCD display supporting a 90Hz refresh rate. In terms of specs, the Oppo Dimensity-powered smartphone could feature a 16MP selfie camera and a triple camera setup at fear, including a 48 MP main camera with a Samsung GM1 sensor, an 8MP Hinyx super wide-angle lens and a 2MP super macro camera.

The upcoming Oppo MediaTek Dimensity smartphone will most likely come with a 5,000 mAh battery with support for 18W fast charging, Corning Gorilla Glass 5, a side-mounted fingerprint scanner, a 3.5mm headphone jack and P2i grade certification for dust and water resistance.

Apart from these specs, not much is known about the upcoming MediaTek-powered Oppo smartphone. However, another Oppo smartphone, which could feature a Dimensity 1200 or Snapdragon 888 SoC, recently received TENNA certification. The upcoming Oppo smartphone is associated with the PEYM00 model number, and its listing reveals important specs, including a 6.45-inch FHD+ AMOLED display, 4,400mAh battery, up to 12GB RAM, 256GB of storage and a 16MP front and 64MP triple camera setup at the rear for clicking photos.